The Google Pixel 4 and Pixel 4 XL are the subject of yet another report. On the menu today is an all-you-can-eat buffet with information on screen definition, front and rear photo sensors, as well as the amount of RAM and storage space. 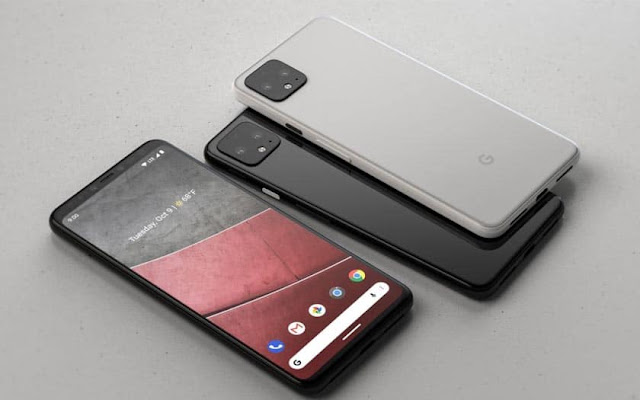 The leaks for the Google Pixel 4 and Pixel 4 XL continue to multiply. While the Google Pixel 4 was seen in the metro a few days ago, a new report by BGR confirms some features that had already leaked and brings new information on the data sheet of both devices.

Let's start with the screen. As on previous generations, it is here that will be the main difference between the two models. The Pixel 4's OLED panel should display an FHD + definition of 2280 x 1080 pixels against a QHD + 3040 x 1440 pixel resolution for the Pixel 4 XL.

In addition, Google should opt for a minimum configuration with 6 GB of RAM and 128 GB of storage space on both versions, while the Pixel 3 were content with 4 GB of memory and 64 GB of internal memory. Variants with 256 GB of storage should also see the day. The Qualcomm Snapdragon 855 SoC should accompany them. For now, there is no indication that the Snapdragon 855 Plus just announced will be there.

The biggest changes will probably come from the camera side. The company of Mountain View abandons its policy of the only sensor and to bet everything on its software processing for the quality of the photos. We should find two modules up front. One of them could be dedicated to 3D facial recognition. If this is the case, one wonders if the fingerprint reader will be preserved or not. We already know that it will not be on the back of the smartphone, it will be either under the screen or nothing.

At the back, there is a square-shaped setup in which are housed the three photo sensors and LED Flash, as on the Mate 20 Pro and most likely on the next iPhone. One of these modules should be a telephoto lens offering the Google Pixel 4 an optical zoom, not just a digital zoom with the loss of quality that results.